This incredible decision was written by the Honourable Justice A. Pazaratz, who is very well-known for his articulate, informative and descriptive judgements. 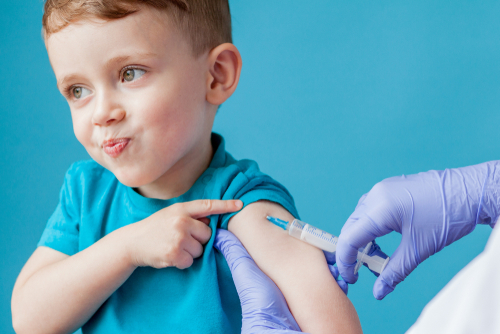 The mother and father disagreed about whether their two younger children, ages 10 and 12, should receive the COVID-19 vaccine. The father argued for the vaccination of the children and the mother argued against. The mother noted that both children in question had already contracted COVID-19 without the vaccine and recovered completely. She also did extensive research and her evidence focused entirely on the medical and scientific issues, using reputable medical sources. The father’s evidence focused exclusively on labelling and discrediting the mother as a person, including arguing that her views were not worthy of consideration. For instance, his evidence focused on the mother being politically affiliated with the People’s Party of Canada, her perpetuating COVID-related conspiracy theories and vaccine hesitancy that were posted on her Facebook and her “dangerous beliefs”. The children had their views independently ascertained through the Voice of the Child Report, while in the care of each parent, and they had both noted they did not want to receive the vaccine.

Justice Pazeratz took this as an opportunity to speak out about a very important issue occurring in the judicial system and in society; the increase of smear tactics towards an opponent, including ridiculing and stigmatizing the person, rather than dealing with the issues or matter at hand. He notes that we are seeing this type of “intolerance, vilification, and dismissive character assassination” more and more in family court because of its rampant existence outside of the courtroom. Further, he recognizes that it appears that it is now socially acceptable to denounce, punish and banish anyone who does not agree with another person. There is no place for this in family law or in the judicial system.

In determining cases where a decision needs to be made about a child, the forefront of the determination is based on the best interests of the child, not the political views of the parents. Here, the mother was doing her best to ensure that the children’s safety was accounted for and weighing the cost and benefit of the vaccine with that in mind. Since she had done extensive research and provided the court with evidence on the issue of whether or not the vaccine is, in fact, safe for the children, the judge was able to weigh the mother’s evidence with her choice not to vaccinate the children. Both children had already contracted COVID-19 and were completely fine. In fact, she produced medical research showing that the children were more protected from future infection because of the previous contraction. In addition, she produced a fact sheet directly from Pfizer which outlined the risks of the vaccine, as well as other evidence of the possible negative effects of the vaccine. On the other hand, the father used his opportunity to advocate for the children to get the vaccine by simply stating that the evidence produced by the mother had been “debunked” and already properly considered and disproven. To the contrary, Justice Pazaratz noted that the father had produced no indication in the father’s evidence, nor in the body of COVID-19 case law, that the allegedly debunked theories had been properly considered or tested in any court.

The evidence provided by the father did not surround the importance of vaccines and how they would benefit the children, he rather focused on dismissive attacks against the mother. The father’s stray from the actual issue at hand hurt his case, whereas the mother had demonstrated her willingness to inform herself and the court of the vaccination issue by asking unpopular questions for the benefit of her children. Justice Pazaratz found that the mother’s approach was much more reasonable as she acknowledged the strength of pro-vaccine materials while reconciling them with contrary viewpoints and warnings. In addition, the mother’s child-focused viewpoint was reinforced by the legitimate views of the children in not wanting to be vaccinated. Justice Pazaratz therefore ordered that the mother shall have sole decision-making responsibility of the children with respect to COVID-19 vaccinations.

EDITORS NOTE: Our principal lawyer, Andrew Feldstein notes that he and his family have each received three doses of the COVID-19 vaccination and he remains in full support of this decision. The purpose of this case was not to decide whether children should or should not be vaccinated, nor whether vaccines are good or bad. Justice Pazaratz was required to determine which parent should have decision-making authority over whether the children should get the vaccine or not based on this specific situation. This is a very important and noteworthy decision as it puts litigants on notice to get back to addressing the issues in the case and how easy it is to stray from the issues where personal attacks can be made. The courtroom should always be a place where difficult questions are allowed to be asked, even those that society views as “debunked”.