Cohabiting/Common Law Couples: How Your Rights Compare to Married Couples 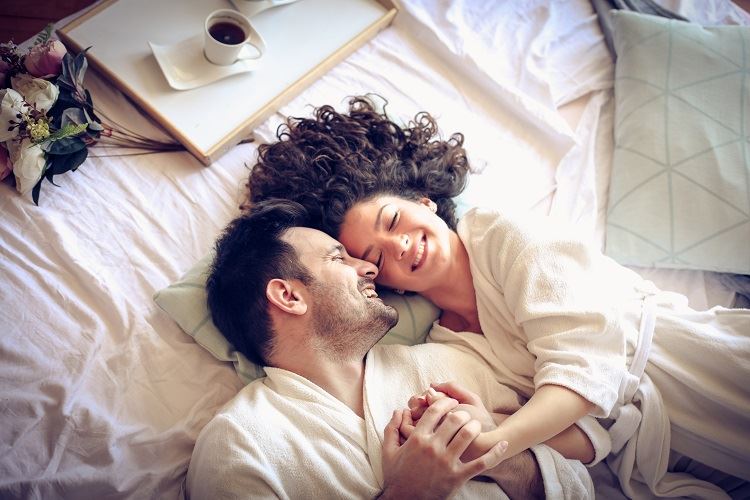 Although you may expect that, as a common law partner, you have the same rights and obligations as married spouses, this is not the case. It is important to know and understand Ontario common law and the distinctions between married spouses and cohabitating partners in order to protect yourself in the event that your relationship breaks down.

With a history of representing clients that spans over 20 years, we at Feldstein Family Law Group P.C. understand the intricacies of common law and cohabitation agreements in Ontario. Our lawyers can provide helpful insight regarding your rights as a common law spouse / common law partner in Toronto, Mississauga, Markham, Oakville, Vaughan and the surrounding areas in Ontario and can protect these in any legal matter affecting property and assets, child custody, child support, or common law separation.

When Are You Considered Common Law in Ontario?

In Ontario, Canada, two people are considered common law partners if they have been continuously living together in a conjugal relationship for at least three years. If they have a child together by birth or adoption, then they only need to have been living together for one year.

What Is a Conjugal Relationship in Canada?

Under the Family Law Act (FLA), there is equal division of financial gains of the marriage. The net family property is found for both spouses, and then the wealthier of the two pays half of the difference to the other spouse. There is limited judicial oversight and spouses are free to dispose of assets other than the matrimonial home. However, the FLA property regime only applies to “spouses” as defined in s.1 of the FLA. Therefore, only married spouses and not cohabitating spouses may benefit from an equalization of family property.

Although this distinction has been called into question, in Nova Scotia v Walsh, the Supreme Court of Canada held that the discrepancy between married and cohabitating spouses is not discriminatory, as married spouses have made a conscious choice to enter into a marriage, rather than live common law.

Without the fourth requirement, courts will only award monetary damages and not the property itself. Finally, courts award property in proportion to the contribution made.

Possession of the Matrimonial Home

In determining whether to make an order for exclusive possession, the court must consider:

Once again, Part II of the FLA only applies to married spouses, and accordingly, unmarried cohabitating spouses do not have access to the same possessory rights.

Fear not; unmarried cohabitating spouses have a few different options.

First, cohabitating spouses who have lived together for a period of not less than 3 years or who are in a relationship of some permanence, if they are the natural or adoptive parents of a child, may apply for the matrimonial home as part of spousal support under s. 29 of the FLA. According to s. 34(1)(d) of the FLA, the court may make an interim or final order respecting the matrimonial home.

Second, although it doesn’t lead to exclusive possession, cohabitating spouses may get a constructive trust over the matrimonial home, which gives each spouse a joint equitable interest in the home and therefore joint possessory rights in the home as well (equal right to live in the home).

Finally, in certain scenarios, if a cohabitant is charged criminally, bail conditions may exclude the offender from the matrimonial home.

In effect, the common law has swooped in to remedy many of the injustices that result from separate regimes for married and unmarried cohabitating spouses.

The Family Law Act R.S.O. 1990, c. F. 3 only applies to couples who satisfy the definition found in s. 1(1) relating to equalization of net family property:

So, what happens to property acquired during a common law relationship when the individuals separate? Normally, property is owned by the individual who holds legal title to it and is distributed on that basis. There is no net family property calculation or equalization payment contemplated in common law situations where there is a separation.

If you were/are in a common law relationship and you feel as though you should be entitled to an interest in or compensation for any contributions made to the acquisition, preservation, or maintenance of property, you have options.

You may do the following:

A resulting trust arises when one individual pays for (or helps pay for) a piece of property, yet legal title is vested in another individual. It would seem unfair to not allow the individual who funded the acquisition, in whole or in part, to retain some interest in the property. Therefore, he or she becomes the beneficial interest holder and it is presumed that the legal title holder is the trustee for the beneficial interest holder.

When the separation occurs, the interest equal to the contribution is returned. This means that the courts may order that it is either jointly owned or fully owned by the spouse who paid for it.

The Supreme Court of Canada, in a 1980 decision, stated that a resulting trust will be found when the court is satisfied that there is a common intention, ascertained by the words or conduct of the parties, that the beneficial interest would not belong solely to the spouse in whom the legal estate was vested but was to be shared between them in some proportion or other.

In summary, a resulting trust is a rebuttable presumption that, at the time when the contributions were made and accepted, the parties both intended that there would be a resulting trust in favor of the donor to be measured in terms of the value of the contributions made. Clear evidence indicating a “common intention” would be where purchase money is taken from a joint bank account into which both spouses have deposited funds.

Unlike a resulting trust, there is no need to find evidence of a common intention to establish it. Courts will only impose a constructive trust when the test enunciated by the Supreme Court of Canada in 1980 is satisfied.

The test is premised on the principles of unjust enrichment:

Once the three factors have been satisfied the next step involves showing a causal connection between the contribution made and the property. If this connection is proven then a constructive trust will result.

Must ask: “Was her/his contribution sufficiently substantial and direct as to entitle her to a portion of the profits realized upon the sale of property X and/or an interest in property X?”

The extent of the interest must be proportionate to the contribution of the spouse claiming a constructive trust. Where the contributions are unequal, the shares will be unequal.

However, in order for these to constitute contributions for the purposes of a constructive trust, it is necessary that no compensation was given or else the spouse has no claim.

Lastly, if all else fails, or if it is impossible to prove a connection between the contribution made and the property in question (usually due to the fact that the relationship is of a short duration), a simple claim for unjust enrichment may be made.

Here, the courts will apply the three aforementioned principles of unjust enrichment to try and remedy a fundamentally unfair situation where as a result of one individual’s efforts the other will end up with a benefit. The deprived party will get the value of their contribution. Otherwise known as quantum meruit, this is the amount that the benefitted party would have had to pay for the contributions made. Remember that a common law spouse is under no obligation to render services to a partner and so there is a presumption that such services will be compensated.

Property, division of assets, cohabitation agreements, and other issues are complex under common law in Ontario, but they can be resolved. Talk to an Ontario common law lawyer at Feldstein Family Law Group P.C. today by calling (905) 581-7222.